Shadow in Death Ruins, from Shadow the Hedgehog.

Commander! COM Sector B3 are reporting that the Black Aliens have successfully been driven out of Westopolis. We've contained them in the forest and they are completely cut off from the rest of their support. We think Shadow escaped into the forest with the Black Aliens.

Death Ruins is one of the fourth Stages in Shadow the Hedgehog. It can only be reached by completing the Hero mission of Circus Park.

After helping Tails pilfer Dr. Eggman's ill-gotten Rings, Shadow follows the Black Arms into the forest, where they are cut off from their reinforcements. Despite all the assistance Shadow has given G.U.N. in this and previous levels to reach the Pure Hero path, the Commander remains unswervingly convinced of the hedgehog's evil intent, and instructs his soldiers to use all tactical weapons in hunting him down.

On arriving in the heavily terraformed Death Ruins, Shadow runs into Rouge, who is putting her secret agent duties on hold to join the regular G.U.N. army in fighting the aliens. The Black Arms appear to be on the run, but Doom's Eye tells a different story: their retreat is simply a tactical withdrawal off the surface now that the Arms' planet-side objectives are complete. The alien leader commands Shadow to simply join his troops in evading the human counter-offensive. The player then chooses to either escape with Doom's Eye or help Rouge eliminate the Black Arms.

The following weapons can be found in Death Ruins:

Behind this Stage's Secret Door is a room with Grind Rails. Grinding along said rails enables Shadow to get Rings and other items. Once the player reaches the end of the path, there is a Warp Hole that teleports them back to the Secret Door.

Although it will affect the final Score, defeating Black Arms will fill the Hero gauge allowing for Chaos Control to be used. Also, use the Triangle Jump whenever possible.

By each Save Point, the player should have defeated the following amounts of Black Arms:

Rouge will occasionally alert the player when there are Black Arms off the main path.

Death Ruins is altered a bit in Expert Mode. The player can accelerate through the stage by shooting some enemies and filling their Hero Gauge, so that they can use Chaos Control to reach the area with the pole to slide down to reach the final part of the stage faster.

The boss of Death Ruins is the Black Bull, a Black Arms creature. The guide for this battle is Rouge.

The Black Bull's weak spot is the eye. Kill a Black Arms soldier to take its gun, then jump on a spring up to the rail. Shooting at Black Bull will fill up the Hero gauge quickly, allowing the player to slow time with Chaos Control. 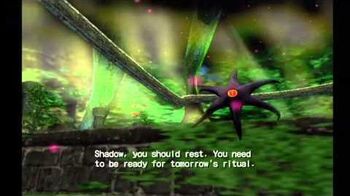 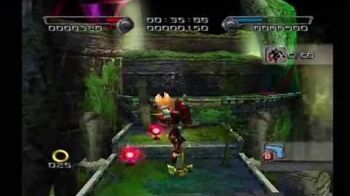 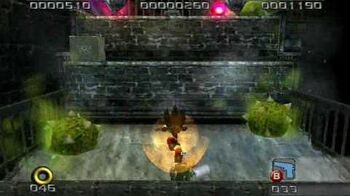