Dead Line (デッドライン, Deddorain?) is the seventh Zone in Sonic Rush. It takes place on a space station built by Dr. Eggman. Like previous stations, such as the Death Egg, this space station is built in the shape of Eggman.

This Zone has a feature seen in previous recurring levels set in outer space: the gravity will be reversed at various points of the stage although the player's controls will still remain normal. The zone also features gimmicks such as cannons and maneuverable rockets. There are also vacuums that suck up the player's rings if they were to get damaged near them. As such, they are usually placed near enemies and spikes where the player is likely to take damage. The purple Chaos Emerald and Sol Emerald are found here. The song for Dead Line is "What U Need."

When playing as Sonic, Special Generators appear throughout this Zone which can warp the player to the seventh Special Stage for a chance to collect the purple Chaos Emerald. As Blaze, the purple Sol Emerald can be found after defeating the boss.

Within the space station, Sonic and Blaze locate both Dr. Eggman and Eggman Nega. Blaze wants to handle the doctors herself, but Sonic insists on helping, prompting Blaze to fight him to make him leave.

After the fight, Blaze becomes friends with Sonic, but quickly discovers Cream was taken by Eggman during the battle and heads to the Unknown (also known as Point-W) to fight him and save Cream. In Sonic's story, he asks Blaze if she's okay and the two become fast friends after Sonic teaches her to open up and to not be so hard on herself. Sonic then rushes off to the Unknown (also known as F-Zone) in his story to fight Eggman Nega.

The boss of this zone features Sonic and Blaze fighting against each other. Depending on who the player controls, the fight will slightly differ between each character. 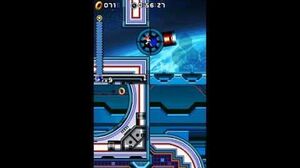 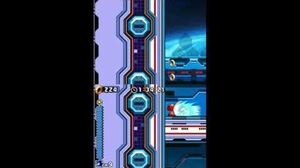 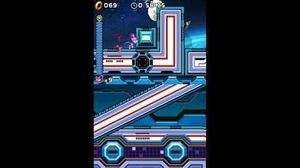 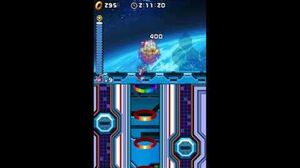