Eggman's base in outer space where the Egg Rocket arrives.

Cosmic Angel Zone (コズミックエンジェルゾーン, Kozumikkuenjeruzōn?) is the seventh Zone in Sonic Advance. It is a space station with colorful lights in the background. It is where the Egg Rocket arrives and acts as its second act.

Cosmic Angel Zone features obstacles such as floating devices and gravity shifting areas. This Zone has the most Badniks and bottomless pits in the entire game. Cosmic Angel Zone also has the least Item boxes out of all the Zones in Sonic Advance. There is a Special Spring in this Zone which takes the player to the seventh and final Special Stage.

There is a Special Spring just past the midpoint of the Zone, at the top of the area just past two conveyor belts.

The boss of Cosmic Angel Zone, the Egg Snake, is similar to the Egg Gravity of Sonic Advance 3. Sonic will land on a bed of metallic orbs towards the end of this act. A Capsule containing Dr. Eggman is on the opposite end of a machine with spikes on top. It will move automatically to both sides of the orbs. To defeat it, you must hit Eggman's capsule and avoid the spikes. After two or three hits, the machine fires blue orbs at Sonic periodically, which Sonic must avoid as well. 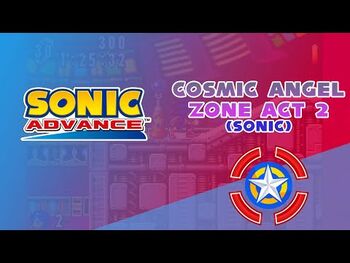 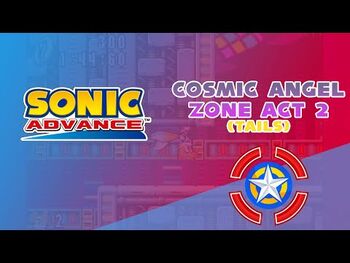 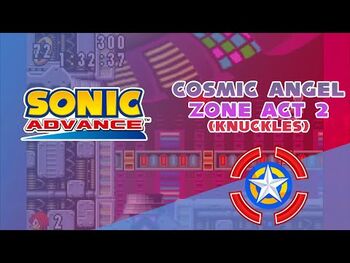