Shadow in Circus Park, from Shadow the Hedgehog.

What do you think of the world's greatest theme park? Like it?!

Shadow arrives at Circus Park searching for the fourth Chaos Emerald. As he approaches the carnival, he spots Tails flying overhead in the Emerald-powered Cyclone. For an unknown reason, Tails crashes his plane (the fox is most likely shot down in the crossfire between Eggman's defenses and an attacking force of G.U.N. troops, bailing out and leaving the Cyclone to spiral away into the distance), and it is later revealed that he came to retrieve the rings that Dr. Eggman had stolen. Undaunted by his violent arrival, Tails suggests to Shadow that they should team up and recover all the rings Eggman has collected in the park. Further in the level, Shadow runs into the Egg Monitor, who conversely asks Shadow for his help in defeating the "G.U.N. geeks." The player can choose to help Tails recover the rings, eliminate the G.U.N. robots, or simply find the white Chaos Emerald.

The following weapons can be found in Circus Park:

Behind the Secret Door is the Shooting Gallery, which helps with the Hero mission of collecting four hundred Rings.

Many of the Gun Beetles and GUN Troopers are off the main path, so exploration is key. The player should have defeated the following amounts of enemies by each Save Point:

Although there are not initially 400 Rings in the level, there are special ways to earn bonus Rings. These include:

Besides the increase in enemies, Circus Park's Expert Mode adds more of the tiny moving platforms. It is important that the player is very careful when jumping to them. Take this Stage slow, and remember It is not about time but completion. The most difficult part is after the rope grinding section. The player must jump over to the small moving platforms, and do some hoop tricks after that. The Rings in mid-air serve as a guide to where to jump to, but it is better if they are just skipped using Chaos Control.

For easy lives, use the Save Point to warp to earlier parts of the Stage and launch Shadow into the "noses" that resemble Eggman. If the Ring count goes beyond 999, the counter rolls over to 0 and the player is instantly awarded 10 extra lives. This tactic works because Expert Mode does not contain the Hero Mission that ends the stage when the player has reached 400 Rings. 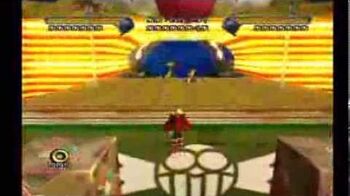 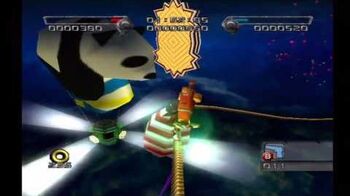 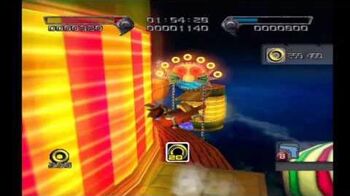 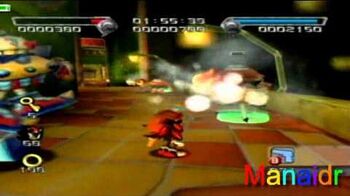