Chuih (pronounced Choo-EE) is the titular protagonist of the ChuChu Rocket! video games, as well as one of its mascots. He is a blue space mouse and is the pilot of the blue ChuChu Rocket, and is also the leader of his crew of other pilots.

Chuih is a blue ChuChu that wears a clear translucent helmet. He has a small tail and looks very similar to all the other ChuChus. He has sparkly, black eyes. Unlike the other ChuChus, Chuih's eyes have white twinkles.

In Sega Superstars, Chuih can be seen on the sidebar cheering the player, as well as guiding the ChuChus to their designated Rocket.

In Sega Superstars Tennis, Chuih can be seen guiding the ChuChus to their Rockets in the ChuChu Rocket mini game. He also appears on the loading screen for the mini-game.

Chuih is a playable character in Sonic & Sega All-Stars Racing, alongside three other pilots. He and his crew can be purchased for 25500 Sega Miles.

Chuih in his crew drive the ChuChu Rocket, the red and white variant that belongs to ChuPea in the original game.

During their All-Star Move, a KapuKapu catches up with them, and the rocket takes off. Chuih rides the KapuKapu as it eats other opponents on the track.

In Sonic & All-Stars Racing Transformed, Chuih can be seen as a holographic statue during the boat area on the racetrack Race of AGES.

In SEGA Heroes, Chuih appears as a solo character. He is a blue epic hero that can be obtained for 50 Chuih shards. He was released to the game on 26 September 2019.

Chuih was one of the very few playable characters who could not be spawned as an enemy in any level, or even by Dremagen. 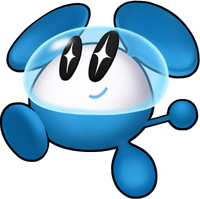 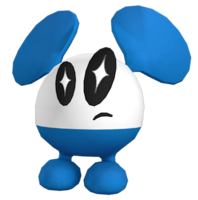