The Chao Walker, from Sonic Adventure 2.

A battle walker for the Chao.

The Chao Walker[1] is a vehicle that appears in the Sonic the Hedgehog series. It is a combat mech used by a Neutral Chao. It was built for and styled after the Chao by Tails so the small creatures could fight, though there is a rumor saying that the Chao do not know how to drive the Chao Walkers very well.[2] In addition, a dark equivalent of the Chao Walker, called the Dark Chao Walker, has been created by Dr. Eggman.

In gameplay, the Chao Walker is the fastest of all the playable characters in the shooting stages (excluding Tails when he is having the Tornado Outfit equipped to his Cyclone). This speed allows it to easily dodge attacks and deliver its own. It can also use special attacks for fewer Rings than other characters for the shooting stages. In return, however, the Chao Walker has very weak defense and even weaker attacks.[1]

In Sonic Runners, the Chao Walker appears as an equippable Buddy. In this game, it is a S Rare Speed Type Buddy which lets Buddies absorb Rings for a limited time for every two hundred combo, and is awarded for every ten Daily Battle win streaks. 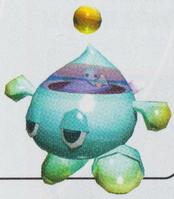