A series of colorful attractions during nighttime.

Casino Paradise Zone (カジノパラダイスゾーン, Kajinoparadaisuzōn?) is the third Zone in Sonic Advance. It is an amusement park that the player travels through during nighttime. Like other Zones in the game, Casino Paradise Zone consists of two Acts, with a boss at the end of the second.

Casino Paradise Zone is an amusement park-themed Zone. Platforms consist of large pillars with decorations inside of them. In the background, there are lots of vegetation, a large ocean, and a big cathedral can be seen. The sky is also full of stars and fireworks.

Act 1 starts with some downhill ramps, as well as with some floating platforms. The Act is full of Badniks, most of them found in hallways. The top part is very fast-paced, as lots of speed-based obstacles are found here. The bottom part is slow-paced, with crushers and spiked pits. The middle part is also slow-paced, with some gimmicks that take the player to both the top and bottom part. In the top part, near the start of the Act, a Special Spring is located on a platform. To reach it, the player has to use bumpers and balloons to launch themself into the air.

Act 2 is very similar to Act 1, although it also features light blue and yellow Spinning Wheels that act like the infamous Spinning Wheels seen in Carnival Night Zone in Sonic the Hedgehog 3. At the end of the Act, the player gets trapped inside an arena where they must do battle with Dr. Eggman and his Egg Ball. After defeating the vehicle, Eggman will flee, dropping a capsule with Animals trapped inside in the process. Open the capsule to complete the Act.

The boss of Casino Paradise Zone is the Egg Ball, which is encountered at the end of Casino Paradise Zone Act 2. During the battle with this boss, eight chutes will line the outer edges of the arena while the Egg Ball pops back and forth between them. Hit him when spotting him, but avoid the mechanized iron ball. The speed of the Egg Ball increases with each hit however. Hit it a total of eight times on Normal mode, or six on Easy mode, to defeat it. 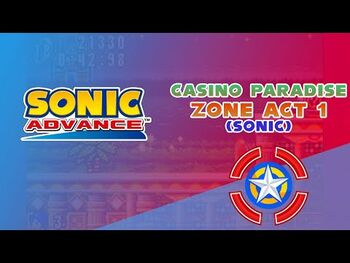 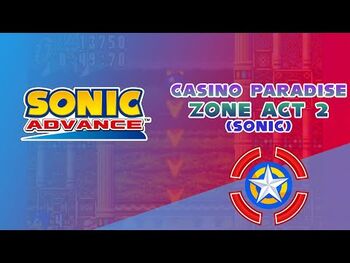 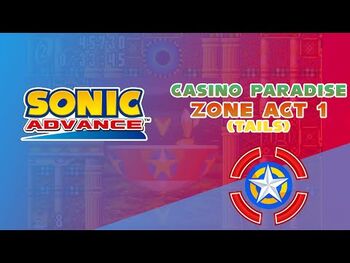 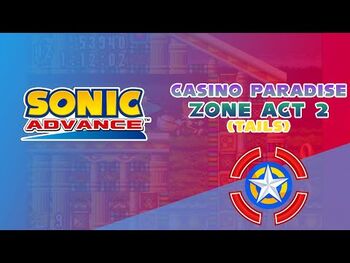 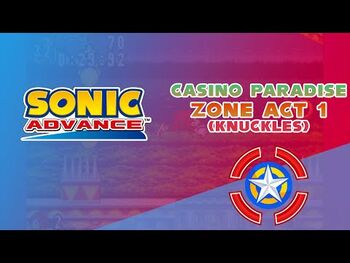 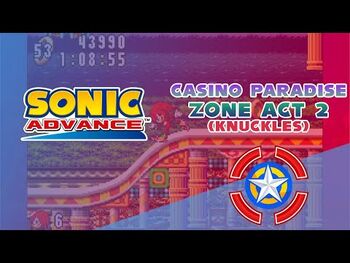