Bullet Station is the eighth stage in Sonic Heroes.

Bullet Station follows Rail Canyon and takes place in the same general area. The stage begins with a large number of Grind Rails and armored trains, and proceeds to a more base-like atmosphere as the level continues. This level's main gimmick is the giant cannons from which the team is shot from multiple times during the stage. There are also giant Capsules (used to create Shadow Androids) spread throughout the level, as well as giant trains which must be boarded and destroyed to proceed. It is revealed in Team Sonic's story that the heroes believe this is Dr. Eggman's ground base within Rail Canyon.

Team Sonic must destroy Dr. Eggman's base at the mountaintop to reach him, Team Dark must infiltrate the base to stop Eggman, Team Rose must find Eggman's base to rescue Chocola and Froggy, and Team Chaotix are instructed to destroy thirty Shadow Android Capsules to prevent their transport aboard the Egg Fleet. Eventually, all of the teams make it to Eggman's HQ. However, the doctor has a more powerful version of his last weapon lying in wait. After the battle, each team discovers that the Eggman they fought was a fake. Unknown to Team Sonic and Team Dark, the fake Eggman turns out to be Neo Metal Sonic, who manages to copy Sonic and Shadow's data.

For this mission, the client needs Team Chaotix to destroy thirty Capsules in the stage. When the player has reached the first Check Point, seven of the fifty Capsules have been passed. This number reaches 14 by the second Check Point, and 20 just after the third. Once at Check Point #4, 40 of the 50 Capsules should have been encountered, with the remaining ten somewhere between here and the end of the stage.

For this assignment, the client needs Team Chaotix to destroy all fifty Capsules in the stage. 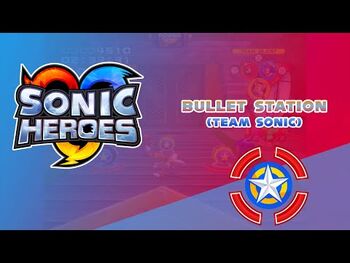 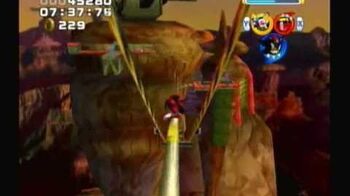 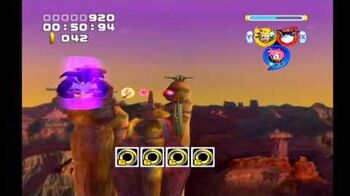 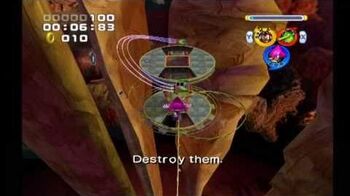 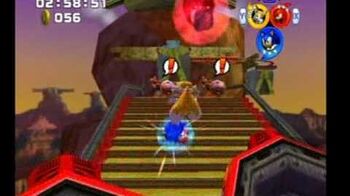