Botanic Base Badnik 2 is an enemy that appears in Knuckles' Chaotix. It is a mass-produced, caterpillar-based Badnik model created by Dr. Robotnik

These Badniks are analogues to Caterkillers.

These Badniks only appear in Botanic Base. In gameplay, rather than undulating their way along the floor, they move by retracting and extending their body. As with a number of Robotnik's badniks, these Badniks seem to have no combat adaptations and is danger only if run into. 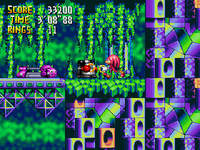 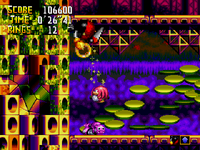