The Bomb Beetle[1] (ボムビートル, Bomubītoru?) is a robot deployed by the military organization Guardian Units of Nations, and a part of the Beetle series.

The Bomb Beetles resembles Mono Beetles, but with a motor attached.

The Bomb Beetle can be found hovering in a circle, occasionally dropping bombs from an opening in its bottom. The bombs they drop make a large explosion upon breaking on the ground, strong enough to destroy Cages. Each award the player one hundred points upon destruction. 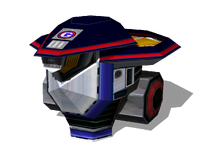 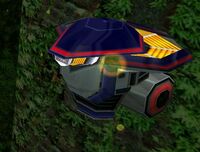