Come, Black Bull! Burn this entire city and its inhabitants to ash!

The Black Bull (ブラックブル, Burakku Buru?) is a powerful creature in the Black Arms and serves as a boss in Shadow the Hedgehog.

The Black Bull resembles a cacodemon, having a large black and gray blubbery body with black and red wings protruding out of it. Spikes are present around the Black Bull's body and wings. Its face is red surrounding its singular green eye and has white fangs. It also has hands with pointy white claws next to its mouth.

When Shadow the Hedgehog threatened Doom's Eye over the ownership of the third Chaos Emerald in Lethal Highway, Doom's Eye summoned the Black Bull to attack Shadow and Sonic the Hedgehog.

Later on, after Shadow confronted Doom's Eye in Death Ruins, Doom's Eye suggested that Shadow should rest for tomorrow's "ritual" before leaving and summon the Black Bull to attack Shadow.

The Black Bull is able to conjure fire to attack its enemies, be it breathing fire or shooting out fireballs and rings of fire. It is also capable of flight.

The Black Bull is also quite resilient as it its large blubbery body protects it from any harm.

Black Bull uses two main attacks; either it shoots fireballs towards Shadow or breathes fire at the ground, having it spread out in a ring of flames to try and hit Shadow with. In both cases, Shadow has to damage its only weak point - its eye. The player can use the Homing Attack or weapons to damage it. In the Lethal Highway battle, the player can use Black Wings to damage Black Bull's eye with Homing Attacks or they can defeat the Black Warriors and use their weapons to damage Black Bull. In the Death Ruins battle, the player must use a Spring in front of the starting point to reach a rail and grind on it. Then he/she can use either Homing Attack or weapons collected from Black Warriors to damage Black Bull's eye. In both battle sections, using Shadow's Chaos Control via Hero Shadow would slow down the Black Bull and the clock for an easy A-rank.

As it is the case with all bosses in Shadow the Hedgehog, the Rank the player received for defeating the Black Bull is based on the time they taken to defeat it. Due to both fights taking place at different times in the scenario, the ranking times in each encounter differ between each other: 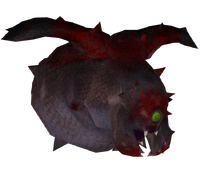 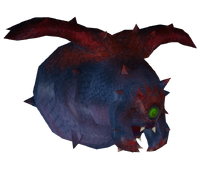 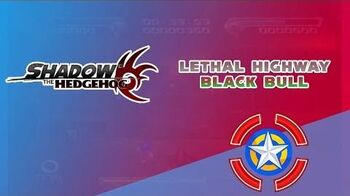 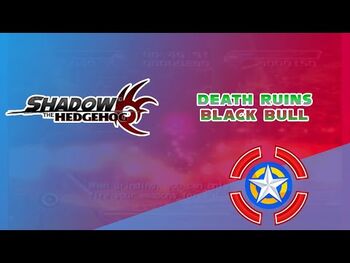