Aye, aye Captain! Pirate Flag is a minigame in the Party Mode of Sonic and the Secret Rings.

Each player holds a flag and must follow the flag movement of the Kri Ma Djinn above. Each player must then move the flag in the same way the Djinn has just done. If one wrong movement is made by a player, a nearby pirate ship will shoot a cannonball at the player, eliminating that player from the competition. The last player standing wins. 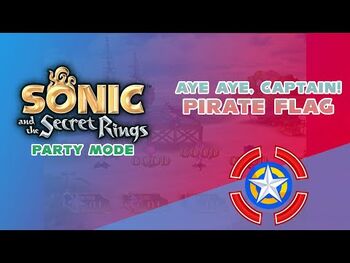