The Chaotix Caper Part One of Three: The Unsuspecting

The story begins following a taxi driver called Harry, who hears a cry for help on his duty. He journeys into the alleyway and sees Charmy calling for help while kneeling over his unconscious friend, Mello. Harry offers to help them and carries Mello into his taxi. He races to the hospital and Mello is rushed into the emergency room. Harry plans to slip away, but comforts Charmy before he leaves. He departs trying to hide from Remington as he rushes into the hospital. Remington believed that Charmy was the victim when Vector, Espio and Mighty unknowingly stop Harry from escaping. Vector is suddenly startled seeing Charmy, believing he is an imposter. Charmy explains that this is his normal size and he can change into flight mode when he wants. Mighty notices Harry and helps him back to his feet. An Echidna doctor comes out of the operating room and gives them the unfortunate news. Mello is dead. when Charmy starts crying in Harry's arms he starts thinking if he would be better off driving a delivery truck like his friend.

With his friend Jollie, he brings an order to Happyland Amusement Park being watched by Renfield the Rodent. He is thrilled about reopening his theme park with a new crowd of echidnas, when he himself is being watched by Downtown Ebony Hare who plans his own scheme.

At the Echidna Security Team HQ, the Chaotix have gathered in Remington's office for Remington to question Charmy. Julie-Su enters to listen to them when she begins arguing with Vector. Remington silences them and asks about Charmy's experience with his friend. Charmy has a flashback that they were flying over Happyland when Mello began to feel strange. Mighty and Vector are shocked knowing this, but Charmy states that it was under new management and they checked the place out. After they left the theme park, he narrates that Mello began to feel strange, hallucinating and eventually becoming unconscious. Remington tells them that what happened to Mello is the latest of other cases with the victims suffering from Lemon Sundrop Dandelion poisoning. They begin to theorize that the victims were all young and the source could be where they congregate. They decide that they need to check out Happyland while Charmy gets teary eyed that the other victims survived and not Mello.

Meanwhile in Haven, Sabre notices that Locke is pushing himself by continously monitoring the screens. Locke manages to find Knuckles' signal and is confused seeing him moving through the Badlands. He folows the source of a loud noise when it starts hurting him. He notices lights heading towards him and runs off away from them. Locke and Sabre watch on the monitor as they watch what Knuckles does to stop the lights.

Back in Echidnaopolis, Vector moans about the journey to Happyland when Charmy notices a taxi nearby. He notices that the dingo is Harry and thanks him for helping his friend. Harry realises that Charmy has other intentions and he agrees to listen to a favour to take them all to Happyland. Harry drives off after dropping them at Happyland. Julie-Su believes that it could have been something that Mello ate, which Charmy is obivious to because of being distracted. As Harry drives back to the city, another vehicle drives to Happyland with Downtown Ebony Hare and Foxy Reynard in the car. Vector, Charmy, Espio, Mighty and Julie-Su continue their search with no luck and Mighty believes that the food must be safe and orders a chili dog. Julie-Su objects as the others have chili dogs when the scene cuts to Renfield in his office. He is shocked seeing the arrival of Ebony and Foxy who order him to do business with him, or Blackjack will give him a beatdown. Renfield agrees when Charmy begins to experience a headache. Espio, Vector and Mighty begin experiencing the same effects and Julie-Su yells that she told them so. Julie-Su tries to wake Charmy up from his halluciation as they are beginning to overwhelm him. 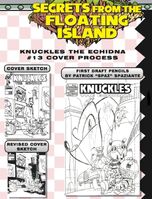 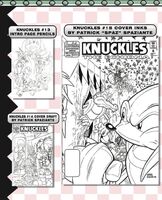