Sonic News Network
Register
Don't have an account?
Sign In
Advertisement
in: Objects, Sonic and the Secret Rings, Entertainment and media

This article is about the book in Sonic and the Secret Rings. For the world where the game takes place, see World of the Arabian Nights.

A book containing a collection of stories.

The Arabian Nights is an object that appears in the Sonic the Hedgehog series. It is a storybook, containing a collection of several classic, fictional tales, such as "Aladdin and the Magic Lamp", and other stories with famous characters such as King Shahryar, Ali Baba and Sinbad the Sailor.

The Arabian Nights is directly taken from the real-life storybook, One Thousand and One Nights, where the Arabian Nights was the book's title when first shown in English language in 1706. It features a collection of several stories gathered from West, Central, South Asia and North Africa, with the tales themselves tracing back to ancient and medieval Arabic, Persian, Indian, Egyptian and Mesopotamian folklore and literature, and has been over centuries in the making.

The main stories concerns a King Shahryar and his new bride. The king is shocked to discover that his brother's wife is unfaithful; discovering his own wife's infidelity has been even more flagrant, he has her executed: but in his bitterness and grief decides that all women are the same. Shahryar then begins to marry a succession of virgins, but then executes them each morning before they are given a chance to dishonor him. Eventually, the vizier cannot find any more virgins. Scheherazade, the vizier's daughter, offers herself as the next bride and her father reluctantly agrees. On the night of their marriage, Scheherazade begins to tell the king a tale, but does not end it. The king is thus forced to postpone her execution in order to hear the conclusion. The next night, as soon as she finishes the tale, she begins a new one, and the king, eager to hear the conclusion, postpones her execution once again. This cycle then keeps going on for 1,001 nights. In the end, King Shahryar decides to spare her life altogether and they live the remainder of their lives in happiness. 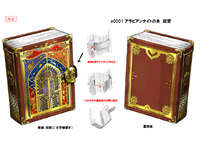 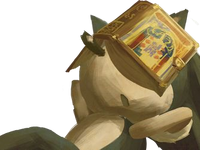