A flying fortress surrounded by clouds.

Altitude Limit (アルティチュードリミット, Arutichūdorimitto?) is a Zone in Sonic Rush. It is the sixth Zone for Sonic and the fifth Zone for Blaze. Like most other Zones in Sonic Rush, Altitude Limit consists of two normal Acts and a separate Boss Act devoted to the local boss. It takes place onboard some sore of floating fortress, high up in the sky.

Altitude Limit takes place on some kind of flying fortress in the clouds that consists mostly of Grind Rails.

Having found Blaze, only to lose her and Cream when they left before they could ask Blaze about the connection between her, Eggman Nega and the tear in the time-space continuum, Sonic and Tails try to follow them. Their pursuit takes them to Altitude Limit. There, Sonic makes his way through the Zone until he encounters Eggman Nega in the Egg Eagle at the end of the Zone. During the ensuing battle, Sonic manages to defeat Eggman Nega. Eggman Nega then leaves in his Egg Mobile, promising not to forget this. Sonic tells him to wait, but is ignored.

After the battle, Tails has noticed that the time-space continuum tear has grown rather large and is at a lost of what to do. Immediately after, much to Sonic's dismay, Amy arrives assumes that Sonic has come for her. Sonic tries to talk his way out of this, but Amy's powerful personality makes him withdraw. Tails then realizes that they can ask Amy about Eggman and Blaze. Though Sonic agrees to the idea, he makes the mistake of saying that he is looking for a cat girl, prompting Amy to get the wrong idea and get both aggressive and scarily jealous. As Amy demands to know what Sonic needs from this cat girl, Sonic asks Tails for help. After Tails has explained everything, Amy understands and tells Sonic and Tails that she saw Blaze and Cream head to Dead Line earlier. After Sonic has angrily told a sour Amy that she should have told them this sooner, he and Tails take their leave and head to the Dead Line.

Following a curious encounter with the emotional Amy, Blaze is taken by Cream on a search to find Sonic, which has them follow Amy (since her "Sonic Radar" will let them find him quickly). Their journey soon takes them to Altitude Limit, where Blaze Blaze makes her way through the Zone until she finds Dr. Eggman in his Egg Eagle. Defeating Eggman, Blaze sends him flying in his Egg Mobile with a fiery kick, which causes Eggman to drop the white Sol Emerald. Grabbing the Sol Emerald, Blaze watches contently with her fifth Emerald retrieved as Eggman flies into the distance. In the aftermath, Blaze and Cream come across Sonic once more.

Altitude Limit is riddled with Grind Rails, many of which are adorned with spikes. However, these spikes can be destroyed if the player grinds into them with the Super Boost/Fire Boost active which can fill up the Tension Gauge. This Zone also features things like Hang Gliders, parachutes, and rocket boards. It is also the first of two Zone with non-bottomless pits (the second being Dead Line). These are actually big, horizontal laser beams at the bottom of some these pits that the player must avoid because touching them causes instant death as if the player fell into bottomless pit. There are also some 3D areas where the player flies around on a Hang Glider, collecting Rings while dodging enemies; the player is not able to attack them. The Zone also features upward-moving air saucers that the player can maneuver with

When playing as Sonic, Special Generators appear throughout this Zone which can warp the player to the sixth Special Stage for a chance to collect the cyan Chaos Emerald. As Blaze, the grey Sol Emerald can be found after defeating the boss.

Act 2 begins with a long Grind Rail littered with spikes. Throughout the Act are more saucers that the player can use. The paraglider sequence also lasts a bit shorter than the Act 1 version.

The boss of Altitude Limit is the Egg Eagle. It is fought on a high metal platform on top of the clouds and tries to destroy the player by jumping on them or crushing them with its beak. It will even try to blow the player off of the platform by using its wings as a giant fan. 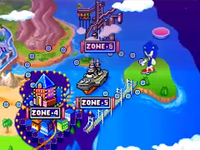 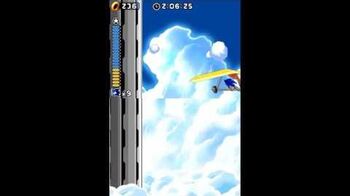 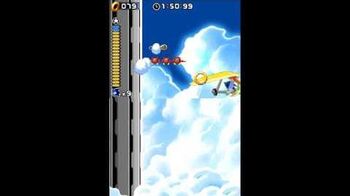 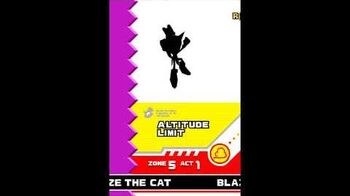 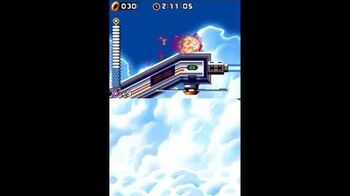