A necklace-styled oxygen bottle. This item saves you the trouble of coming up to the surface of the water to breathe.

The Air Necklace (エアーネックレス, Eānekkuresu?) is an object than appears in the Sonic the Hedgehog series. It is optional Level Up Item for Knuckles the Echidna in Sonic Adventure 2.

The Air Necklace consists of a grey necklace-styled oxygen bottle shaped like a handle. It allows Knuckles to stay underwater without drowning, eliminating the need to search for air bubbles or return to the surface to breathe. This Level Up Item is extremely useful (though not required) during Knuckles' section of the Cannon's Core, which consists of very deep submerged passageways.

In Sonic Adventure 2 and its enhanced port Sonic Adventure 2: Battle, the Air Necklace is found in the Aquatic Mine, and is only accessible when the water level is at its minimum. Even after finding the entrance to its hiding spot, it is hard to reach since the passageway leading to it is completely submerged, maze-like, and ridden with spikes. It is also very dangerous to reach because there are no air bubbless until the end where the Air Necklace is located, greatly increasing the chances of the player drowning.

To reach the Air Necklace, the water level in the Aquatic Mine must first be reduced to its lowest level. This can be done by heading up to the floor above the main room, which is done by taking the pulley found on the top on the central square structure in the main room. Once there, the player must touch the switch found in front of the sign that says "3" and the water level should be lowered.

With the water level lowered, the player must head into the underwater brick room by going into the shaft found in the corner of the main room, where they will see the octagonal tunnel. Once the player sees it, they must dive underwater. Once at the bottom of the brick room, they must then head into the tunnel with the Dash Panel which will lead to a room with several wooden planks. From there, the player must dive to the bottom on the left of the tunnel in this room, and they will find themselves in another brick room. They then need to head then into the tunnel found in the brick room and will then arrive in a vertical tunnel. The Air Necklace can then be found on the top of this vertical tunnel in a dry room, which can be reached by surfacing from the tunnel. The player should try to do this as quickly as possible to avoid running out of air.

In the Sonic the Hedgehog comic series and its spin-offs published by Archie Comics, the Air Necklace was originally invented by Rotor Walrus for Knuckles to utilized alongside other equipment to make up for his by-then current lack of special abilities.

After the multiverse was rebooted following the events of Worlds Collide, the Air Necklace became a piece of equipment used by G.U.N. agents. 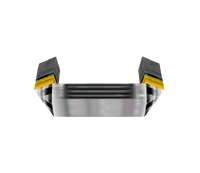