Not to be confused with The Adventures of SONIC the Hedgehog illustrated stories. For other titles with "Adventures," see Adventures

After the original airing, DiC created one more episode in the winter of 1996, "Sonic Christmas Blast," which has features from Sonic the Hedgehog such as Sally in a non-speaking cameo, and has Sonic and Tails visiting Robotropolis, which is different from SatAM because it now has a human population and the name is pronounced differently, being "robot-tropolis" rather than "robo-tropolis."

The letters page of issue #41 of the Sonic the Hedgehog comic book promotes the special as "An X-Tremely Sonic Christmas," suggesting that it was originally intended to promote the, eventually cancelled, Sega Saturn game, Sonic X-treme. Due to this, the special's name was changed to match another game's name, Sonic 3D Blast.

Main article: List of Adventures of Sonic the Hedgehog episodes

Adventures of Sonic the Hedgehog is a fast-paced cartoon with much slapstick humor, including lots of cartoon violence and dizzy stars, akin to such shows as Animaniacs or Tiny Toon Adventures. Director Kent Butterworth recruited many artists that worked for Nickelodeon's The Ren & Stimpy Show, at a time when the show's production was handed to the network's in-house animation studio.[4]

The series features very few recurring characters, usually just Sonic, Tails, Robotnik and his two hench-bots Scratch and Grounder, although a third robot, Coconuts, also appears sometimes. However, there are many occasional minor characters and robots who appear. The plots loosely follow the storyline of the video game series, although the franchise was relatively new during that time, and lacks much plot or character development, which was filled in by the show's writers. The end of each regular episode contains a short PSA segment titled "Sonic Says" or "Sonic Seys."

For a full list of the characters in Adventures of Sonic the Hedgehog, see here.

The opening theme of Adventures of Sonic the Hedgehog is an instrumental piece of music written by Clark Gassman. The tune borrows from the main theme of the original Sonic the Hedgehog and Sonic the Hedgehog 2, composed by Masato Nakamura. Some refrains are based on certain pieces of classical music, including "Flight of the Bumblebee" by Russian composer Nikolai Rimsky-Korsakov, and "In the Hall of the Mountain King" by Norwegian composer Edvard Grieg. The background music of the series was composed by Reed Robbins and Mark Simon.

A different version of the show's theme song appeared in the Italian and French versions. It was sung by Cristina D'Avena in Italian and Alexis Tomassian in French. Also, the Persian dub has a song based on the instrumental of "Last Friday Night (T.G.I.F.)" by Katy Perry, albeit with original lyrics. The Arabic version has a revamped version of Catty's Sonic Song.

Adventures of Sonic the Hedgehog was most recently shown weekdays at 8:00 a.m. Central Time on Toon Disney in the United States. Robotnik was also the featured villain occasionally on the "Chillin' with the Villains" marathon block, even being featured in their commercials. In the United Kingdom, AoStH was originally shown on Channel 4 until the show's end; recently it was also shown on the satellite channel POP, until 17 April 2006 when it was replaced with Sonic Underground. It was shown on that channel as part of a "Sonic Week". This TV subsequently aired the first thirteen episodes of the show from 2010 to 2011. As of 2015, Netflix has the first twenty episodes available, with the entire series available on CBS All Access. It also aired on Starz (specifically Starz Kids & Family) along with Sonic the Hedgehog (SatAM) and Sonic Underground. The series also aired outside the United States in countries such as Latin America, Spain, Saudi Arabia etc. The cartoon aired in the Republic of Ireland on RTÉ Two from 12 September to December 1994.[5]

There were six VHS tapes released in the US by Buena Vista Home Video with two episodes each per tape. In the UK, there were about ten tapes released; Volumes 1 to 6 (except Volume 5 which is Quest for the Chaos Emeralds, a four part-series edited without the title cards) had three episodes per tape, "High Stakes Sonic"/"Sonic Breakout" and "Momma Robotnik's Birthday" tapes had two episodes each. Also there was a bumper tape released that was roughly three hours long. None of the UK videos had the Sonic Says segments included except the episode "High Stakes Sonic". One of the UK videos had four different versions. All of these four had the episode "Sonic Breakout" in it. However, in one the other episode was "High Stakes Sonic". In another it was "Slowwww Going" and the final version had all three of these episodes. Also there was a tape with just the "Sonic Breakout" episode.

A "Sonic Christmas Blast" DVD was released, featuring the title episode. However, the remaining episodes are from Sonic Underground.

In the UK, the show was released in its entirety by Delta Home Video, who also released the Sonic the Hedgehog television series and Sonic Underground in the UK, as one boxset with eight discs on 11 June 2007.

Invisible Pictures, the successor-in-interest to Bohbot Entertainment, released a complete series box set on DVD in 2019.

In 2021, Discotek Media released an SD Blu-ray set of the complete series with bonus features including episode commentaries, the original pitch pilot, "Sonic Christmas Blast", and the rushes of the first episode.

Adventures of Sonic the Hedgehog was met with mixed reviews. Randy Miller III of DVDTalk said, "While it's obvious that The Adventures of Sonic the Hedgehog won't ever be mentioned in the same sentence with Disney, Pixar or Studio Ghibli (except for this one), there's enough goofy fun here to entertain any resident of the 16-bit gaming era."[7] Michael Rubino of Verdict criticized the show for being dated, contrived, and bloated with chili dog jokes.[8]

Common Sense Media gave the series an overall rating of 3 out of 5 and noted that while the show's pace is "frantic," that the "series emphasizes positive themes for kids about personal safety and interpersonal relationships."[9] 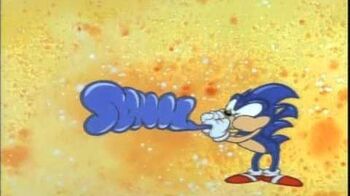 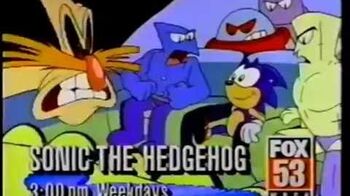 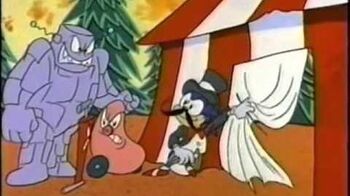 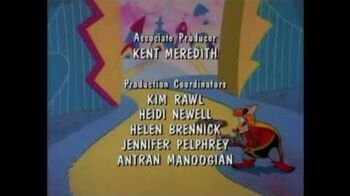