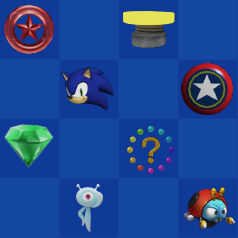 That looks so cool!

They're rivals. In rivalry, it's pretty hard to tell which one is better.

I found ActionScript tutorials on YouTube uploaded by Lynda.com. I know there are people on this wikia who like AS, so I'll post a link here and will probably update soon, if I find other good tutorials. Enjoy!

I sure hope Tim Miller makes the movie look good, the way he did Deadpool.

A reply to Nightcore Master
0

Only as a friend.

A reply to CosmoStar24
0

Tim Miller as executive producer. This movie is going to be great.

Nowadays, it's normal for critics to criticize everything. A similar thing happened last year when just before the premiere of "Suicide Squad", critics said the film was going to be awful. Turns out, the film became one of the top 100 best movies of all time. My advice is, never listen to what critics say before a Sonic game/show/movie is out. I never listen to critics and decide on my own if a game is good or not. Your opinion is more valuable than their's.

The episode had some really hilarious moments (especially the book club part with the "hostages" XD ). Overall this is probably the other episode, besides "It Takes A Village to Defeat a Hedgehog", that I like very much.

You are a fan. You're free to ship any two characters you like, regardless what others think.

The name of the episode reminds of the song (Don't) Give Hate A Chance .

I'm afraid it's going to take a lot more than 100 signatures for a company to change its mind about something. 100 people is the population of a 10 storey tall building. If you were living in a town with 1000 buildings and only one building votes for the petition, no one will take it seriously, because the company that distributes the comic sees that only 1 building out of a 1000 is interested in buying its comics. What the company does expect is for the whole town to vote (or at least half of it). This means the petition instead of 100 people, it should be increased to 100,000. That way the company feels more trust and security that they'll actually going to sell these comics to 100,000 people instead of 100, and that's more profit for them.

(edited by Vicky 95)
A reply to NipsterXLI
0

This article says it all [link]

It says here that #294 will come out on April 26th. Btw what do you guys think of IDW publishing Sonic comics?