Sonic News Network
ALL POSTS
This post is locked. 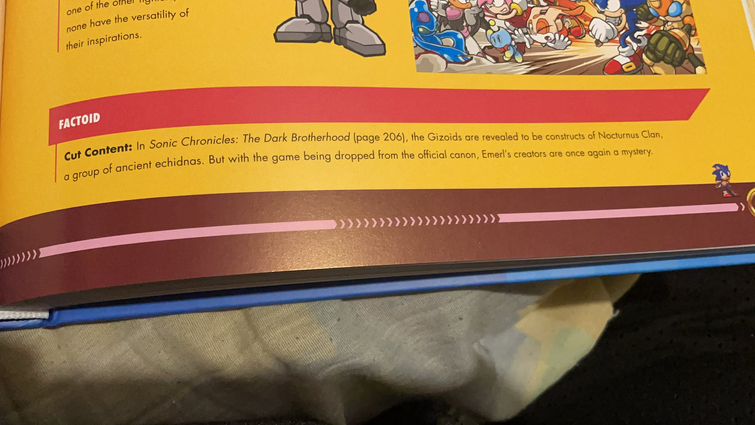 Changes will have to be made on the articles here accordingly.

Damn, does that mean Chronicle-related articles have to be deleted or tagged obsolete or something?

And nothing of value was lost

I dont care what is said

By SEGA or by Penders

Or even by how poorly received Chronicles was

I find Chronicles canon, taking place before the events of Sonic Unleashed

And that Shade does exist in the Sonic Universe, owned by SEGA, not Penders

And that she's out there exploring away from the others

This really bums me out. I really liked the lore and story of Chronicles and Flynn already had a perfect explanation for this, that the game takes place a few years after the main events. There wasn't really any reason for them to put that in, it just felt like a middle finger to Chronicles. I really enjoyed that game and especially Shade the Echidna, one of my favorite characters.