What do you think of the hedgehog of the future, Silver the Hedgehog? This psychic hedgehog is always quick to jump to conclusions when considering what to do to save his future. Going after many characters, he has learned his way. His introduction in the games weren't as anticipated as many hoped, but he still has a place in the hearts of others! He's an optimistic problem-solver, and with the assistance or starting push from his friend Blaze the Cat, he's more determined to work towards his goal.

Silver, in my opinion, is one of my top favorite characters within the Sonic franchise. Feel free include all the different Sonic games, along with the different comic-verses to support your opinion! 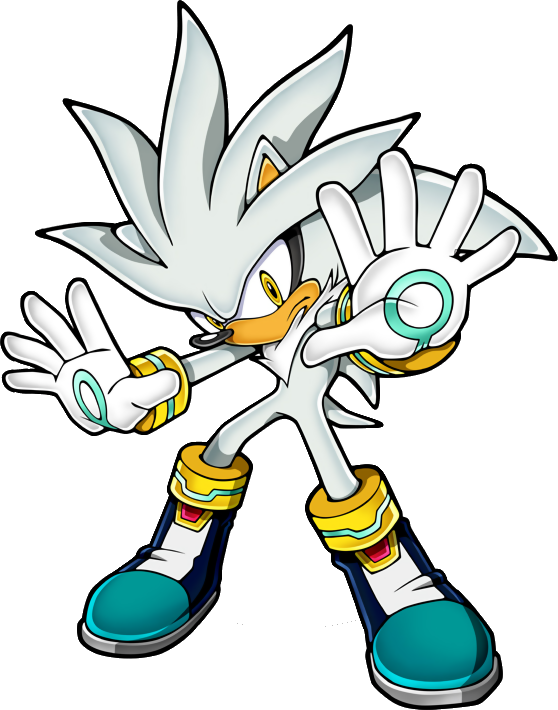 He's so cute and I just want to pet his chest fur! 😄

It's no use I love him to much.

@Ohmaykay that's a good question he is kinda cool

Silver needs more respect. He has fought his dad in Sonic 06, Shadow. (Just an opinion. After all, Silver's like Future Trunks and Vegeta is his father.) And without his Enhanced Inhibitor Rings, his powers go FULL GODFREY on anyone that stands in his way. I think Silver needs a spinoff game.

More respect to the master of "IT'S NO USE"!!

It's a fact though that they aren't related....

@Lazer Woah wait... Shadow isn't Silver's dad. His parents are unknown but he does have a mentor that's relatively close to being a "father figure" to him in the future.

Shadow is not Silvers dad.

If Iblis future holds any relation to the SIlver we know now, Shadow would of been imprisoned in Flame Core not long after Sonic's death.

That would rule out Sonic and Shadow as direct ancestors.

Also Takashi Iizuka himself said Shadow is not the father of Silver.

It's likely the assumption is due to how Shadow and Silver mirror Vegeta and Future-Trunks from DragonBall Z.

Besides, we already know Shadow is Eggman’s Uncle XD